A small group of small minded people have accused me of everything from being a Furry Raider to a communist which is polar opposite. I try my best to be fair and open minded. This is despite blatant attacks on me, who rather go on the attack rather than listen to my side of the story.

This is probably something you get a LOT now with the controversial topic of the fursuit character named Arkansas. As a member of a state that was apart of the Union; more specifically, Wisconsin. I feel like getting enraged by his suit is a LITTLE HARSH.

I don’t condone slavery, segregation or separatism, but at least he isn’t hurting anybody. It’s an eyesore and frowned upon I’m not arguing against that. It’s just that of all the things people should be upset about they put this at the top of their lists.

There are certain times stuff like the Confederate States flag SHOULD be banned appropriately in areas like public schools, churches, and certain public areas like a State or even National Capitol building. However, people are starting to say crazy things like “Hey, that Confederate Veteran’s cemetery is flying Confederate colors, (Well, it IS a Confederate Veterans Cemetery) they can’t fly that they need to remove it and replace it.”

“A Union Flag will do nicely.”

“Um, but they didn’t fight for the Union. You’re not seriously thinking about insulting the dead by removing the one thing that they fought and believed in? If you wanted to put your favorite tv show characters on your tombstone and did only to have people say ‘I don’t like that tv show, so I’m going to replace it with MY favorite tv show characters instead.’ It’s not your tombstone, so you can’t do with it as you please.”

But to censor stuff just because of a measly flag or symbol seems pretty extreme by US standards. Like the Dukes of Hazard show. What also bothers me is a statement in the article in which you said you knew a guy who owned a Dodge Charger that had all the General Lee decals on it and basically changed it to the current US flag.

First off, if it were a collector’s car. It’s now lost its value. Kind of defeats the purpose of having the thing if one violates what makes it special.

Lastly, when does one know they’ve taken political correctness TOO far? I know, I know, politics is a touchy subject and every one is entitled to their opinion, but in order for one to understand a dark or even an unwelcoming subject, one must appreciate it’s history. If you forget or erase the past, you’re DESTINED to repeat it. Not to mention this is ironic in two ways; One, you’re literally “white-washing” history and Second, this coming from a group that have been open about a LOT of things most people would say is pretty frowned upon.

I also don’t feel that it’s appropriate that this guy gets banned for wearing a suit when the only kinds of people who should be banned are the ones who intentionally try to hurt someone like the Chlorine Attack at MFF one year.

I apologize in advance for the intention was to just only have an intelligent conversation on this matter and did not intend to come off as insulting or angry.

Sincerely,
-Wolfe (In case you were wondering, it’s pronounced “Wolf”)

Free Speech and all opinions count

A reported actual Lawyer took a trip to Anthrocon and wrote about it. The article appears on Lawyers and Liquor.com in a series of 3 posts. What makes this article even greater is that a lawyer’s guide to Anthrocon was Uncle Kage. Booze is definitely mentioned in the article as well as a great time everyone had.

viraldisney.net is reporting the new Lion King Live Action film Disney is currently working on that Simba is in fact gay. Brings a whole new meaning to Pride Rock 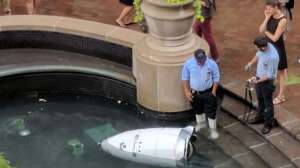 This was no case of vandalism 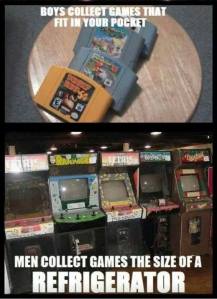